A tribute to Katie Mack.

I want to make you dizzy

I want to make you look up into the sky and comprehend, maybe for the first time, the darkness that lies beyond the evanescent wisp of the atmosphere, the endless depths of the cosmos, a desolation by degrees

I want the Earth to turn beneath you and knock your balance off, carry you eastward at a thousand miles an hour, into the light, and the dark, and the light again. I want you to watch the Earth rising you up to meet the rays of the morning sun

I want the sky to stop you dead in your tracks on your walk home tonight, because you happened to glance up and among all the shining pinpricks you recognized one as of the light of an alien world

I want you to taste the iron in your blood and see its likeness in the rust-red sands on the long dry dunes of Mars, born of the same nebular dust that coalesced random flotsam of stellar debris into rocks, oceans, your own beating heart

I want to reach into your consciousness and cast it outward, beyond the light of other suns, to expand it like the universe, not encroaching on some envelope of emptiness, but growing larger, unfolding inside itself

I want you to see your world from four billion miles away, a tiny glint of blue in the sharp white light of an ordinary star in the darkness. I want you to try to make out the boundaries of your nation from that vantage point, and fail

I want you to feel it, in your bones, in your breath, when two black holes colliding a billion light years away sends a tremor through spacetime that makes every cell in your body stretch, and strain

I want to make you nurse nostalgia for the stars long dead, the ones that fused your carbon nuclei and the ones whose last thermonuclear death throes outshined the entire galaxy to send a single photon into your eye

I want you to live forward but see backward, farther and deeper into the past, because in a relativistic universe you don’t have any other choice. I want the stale billion-year-old starlight of a distant galaxy to be your reward

I want to utterly disorient you and let you navigate back by the stars. I want you to lose yourself, and find it again, not just here, but everywhere, in everything

I want to make you wonder what is out there. What dreams may come in waves of radiation across the breadth of an endless expanse. What we may know, given time, and what splendors might never, ever reach us 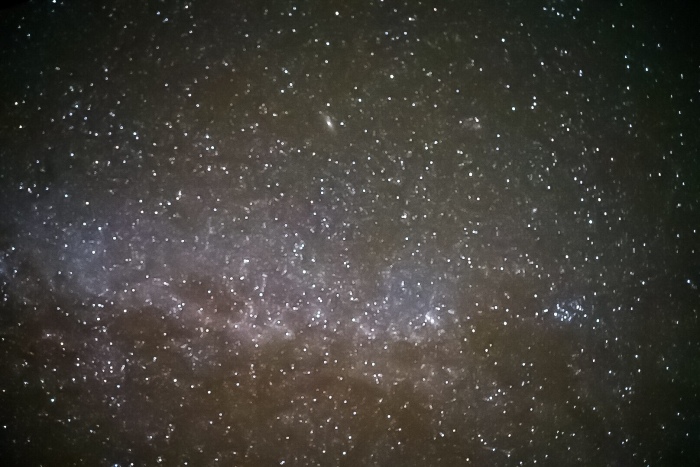 One thought on “Disorientation”